Returning to blogging, and a recent symposium

Yes, yes, this blog has lain fallow for quite some time … as usual, it’s not for lack of desire to write or a lack of anything to write about, just … well, a lack of motivation, I suppose. That and just the press of other obligations, professional and otherwise.

But it is strange, I suppose, that I never think of shuttering this blog or otherwise abandoning it—I’m quite proud of a lot of the stuff I’ve written here, and always have the best intentions of getting back to posting on a regular, or at least a semi-regular basis.

So here’s an attempt to get back to it, and hopefully get myself back into the habit of working out my thoughts out loud, as it were—which, really, is the greatest value this forum has for me. I have no illusions that I’ll ever have a huge readership—the stuff I post about and the format I tend to write in (i.e. long) pretty much guarantees that my audience remains somewhat limited—but that doesn’t bother me. I have come to think of this space as an intermediate stage between scribbling in my journal and writing more formally. My ruminations here have more to do with the former, but in putting in out publicly, at least I have to keep myself honest (to a point). 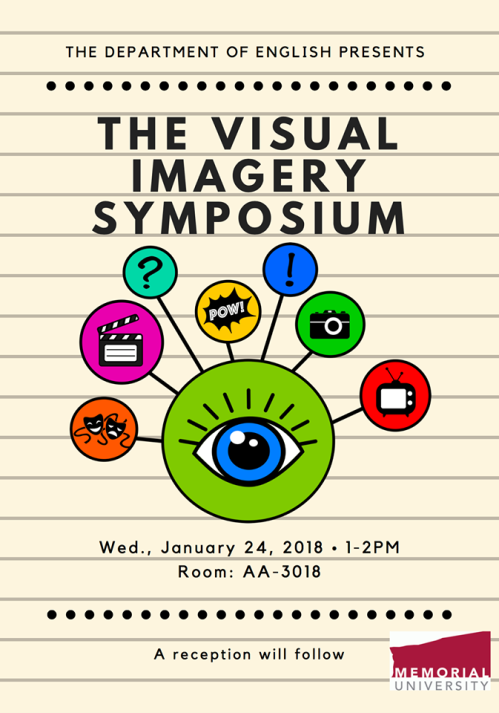 Anyway, the occasion for getting back into it is a symposium in which I took part, organized by a colleague of mine, featuring brief (5-7 minute) presentations on various aspects of visual culture.

Now, keeping an academic-ish presentation to five to seven minutes is hard. I can reliably burn through five to seven minutes at the start of a lecture just clearing my throat. And as anyone who has read my posts on this blog knows, brevity isn’t exactly my strong suit (to quote President Josiah Bartlett, “In my house, anyone who uses one word when he could have used ten just isn’t trying hard”).

But it was a useful exercise; my topic is one I’ve aired on this blog before, namely, maps, fiction, and fantasy. I’ve been kicking around a variety of thoughts and ideas about this for a long time now, but never really had the impetus to find my traction. I don’t know, necessarily, that I’ve got that now, but this talk certainly forced me to distill the key ideas down to the point where I can see a few avenues opening up for future exploration.

The symposium itself went extremely well—five presenters, each of us compressing our thoughts into the crucible of five to seven minutes. It’s always a shame that academics can get so insular in our own research, writing, and teaching—especially in winter, and especially as the semester gets busier—because one thing I love about this job is listening to my brilliant colleagues share their work.

As it turns out, my medievalist colleague John Geck was also presenting on maps, looking at medieval conceptions of space and place, especially in terms of “itinerary” maps that stress the experience of travel as opposed to the abstraction of a god’s-eye empirical perspective. We sat down a few times before the symposium to share ideas, and to see whether our respective topics would have any overlap.

As things happened, they did. Here’s the text of my presentation along with the slides I showed.

What I want to do here is make a bridge from John’s discussion of medieval itinerary maps to the maps we find in fantasy, a genre which for the purposes of my talk could be usefully characterized as the bastard love child of medieval romance and historical fiction.

My representative fantasy map, chosen to honour one of the greats. R.I.P. Ursula K. Le Guin.

Given the brevity of this presentation, I need to make one point quickly and hope to stick the landing: that maps and cartography are by definition fictional. Mapping resembles the writing of fiction in at least two principal respects: one, it is mimetic; two, it invariably distorts or deforms what it imitates according to its preoccupations—or, to put it another way, according to the story it wants to tell. 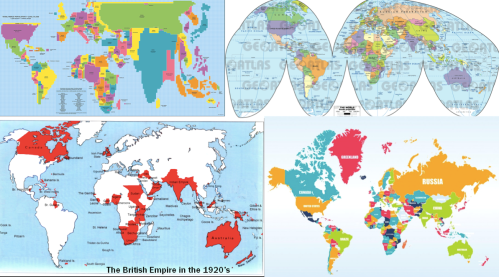 The fact that we speak of maps as projections is a useful point to keep in mind, considering that term’s use in psychology to refer to forms of ideation.

Wish I’d had time to show the “Cartographers for Social Justice” clip from The West Wing.

All of which is to say nothing of the more overtly fictional elements of mapping, such as the consensual hallucinations of place-names and borders, all of which come freighted with their own histories, stories, conflicts, and connotations. I mean … we live on a peninsula named “Avalon” by Sir George Calvert in the hopes that, like its namesake, it would be paradisaical.

To take the analogy between mapping and fiction a step further, we could liken the itinerary maps John discussed to the genre of romance, and “empirical” maps to realism … and as I suggested, it is at the intersection of these two that we find fantasy, or at least the kind of fantasy modeled on J.R.R. Tolkien’s example (which is to say, most of it).

And as those who read fantasy know, maps frequently play a key paratextual role, and are distinct from “real” maps for obvious reasons. They do not render or imitate territory. Maps in fantasy are deterministic, which is to say they define the territory rather than vice versa. They provide readers with a gods-eye view not available to the characters—and in this respect comprise a conflation of fantasy’s premodern and/or quasi-medieval sensibilities and those of modernity’s empirical presumptions.

As a case in point (to use my favourite example): in The Fellowship of the Ring, some time after departing Rivendell, the Fellowship hoves into view of a western spur of the Misty Mountains. When Pippin protests that they must have turned eastward in the night, Gandalf says, “There are many maps in Elrond’s house, but I suppose you never thought to look at them?” (283). To which Gimli the dwarf declares that he needs no map, and proceeds to name the peaks on the horizon. “There is the land where our fathers worked of old, and we have wrought the image of those stone mountains into many works of metal and of stone, and into many songs and tales.”

Shortly after, Sam confides to Frodo that “I’m beginning to think it’s time we got a sight of that Fiery Mountain, and saw the end of the Road, so to speak. I thought perhaps that this here [mountain] … might be it, till Gimli spoke his piece” (285). Tolkien then observes that “Maps conveyed nothing to Sam’s mind, and all distances in these strange lands seemed so vast that he was quite out of his reckoning.”

A few points here: maps are presented in this instance as all but useless to those who have no wider knowledge of Middle-Earth, and unnecessary for those who do. The provincial hobbits are quite at sea, while Gimli’s rather intuitive knowledge of the landscape evokes the experiential understanding of space and place discussed by John in his talk: Gimli can recognize and name the mountains because of his familiarity with “many songs and tales.”

By contrast, the paratextual map of Middle-Earth provides readers with a privileged perspective, one that lets us know, even without Tolkien’s somewhat patronizing observation, precisely how naïve Sam Gamgee’s hopeful sense of place is.

This privileged perspective creates an interesting thematic contradiction at a point in the narrative most deeply embedded in the conventions of medieval quest romance. We as readers can pin Sam and the Fellowship to a specific place—as if we could pull up Google Maps and inform Sir Gawain that he’s just half a kilometer east of Bertilak’s Castle, or let Hansel and Gretel know that if they carry on past the gingerbread house for another hour or so they’ll be literally out of the woods.

This, for the record, is the nub of my particular interest in fantasy: the contradiction of Tolkien’s (and by extension, fantasy’s) nostalgic rendition of medieval romance, and the imaginary but exhaustive empiricism of his invented mythology, for which the map of Middle-Earth functions emblematically, subverting the mystery and caprice of romance with cartographic, historical, and linguistic determinism. Tolkien’s “mythology” is ultimately evocative of Jorge Luis Borges’ Tlon, a fictional world so scrupulously detailed and imagined that it takes on corporeal reality.

This contradiction is doubly interesting insofar as both Tolkien and his good friend C.S. Lewis both created their fantasy worlds in part as a corrective to what they saw as the spiritual aridity of secular, scientific modernity with its emphasis on the empirical at the expense of mystery. Echoing Keats’ injunction against unweaving the rainbow, Tolkien writes in his poem “Mythopoeia” that “I will not walk with your progressive apes, / erect and sapient. Before them gapes / the dark abyss to which their progress tends / … I will not tread your dusty path and flat, / denoting this and that by this and that.” It is thus perhaps something of an irony that Tolkien privately loathed Lewis’ Narnia chronicles, considering them slapdash and careless in their world-building and too reliant upon allegory, and lacking the kind of exhaustive intellectual rigor he would ultimately bring to the creation of Middle-Earth.

I have no conclusion other than to say that this is my starting point from which to explore how this contradiction in the “cartographic imagination,” more broadly considered, is deployed by contemporary fantasists to articulate a secular and humanist worldview.

Filed under blog business, what I'm working on

2 responses to “Returning to blogging, and a recent symposium”