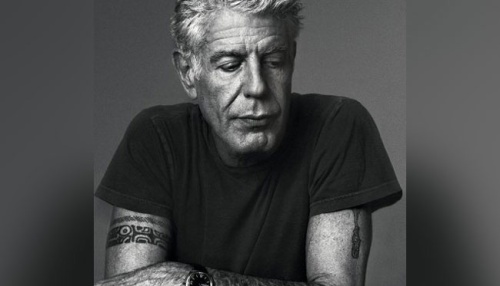 One of the many tributes to Anthony Bourdain I’ve read in the last twenty-four hours said that he was a connoisseur of “authentic” food.

That’s the wrong word. “Authenticity” as it relates to culture is fraught at best, actively misleading at worst: the search for the authentic too often becomes a fetishistic quest that ignores the glorious, protean, evolutionary nature of culture—and, as Anthony Bourdain spent the last twenty years exploring, there is no better exemplar of this principle than food.

Bourdain didn’t care about authenticity, he cared about honesty. Or perhaps more accurately, he loathed bullshit, whether it took the form of political pieties, pretentious or corporatized food, or, not infrequently, his own fulminations. Aside from his enormous intelligence, talent, and insight, his death comprises the loss of that rarest of commodities in the present moment: an open mind. Though he was never shy about his political leanings, he was always willing to break bread and find common ground with just about anybody, and was always brutally honest about his own blind spots. He started his public career celebrating the brutal and caustic masculinity of the professional kitchen; he ended it apologizing for his part in valorizing such meathead attitudes and embracing #MeToo. He made great hay in the early days ridiculing celebrity chefs like Emeril Lagasse and Bobby Flay, but would later acknowledge their culinary talents, befriend them, and speak in a more nuanced way about the complexities of food and celebrity. And through it all, he never claimed for himself the mantle of brilliant chef, though many people tended unthinkingly to make that assumption: he was, he was always very clear to assert, a journeyman cook who lucked out.

The stars might have aligned for him when he got an article published in The New Yorker, but from that point on he made his bones on his talent as a writer, critic, and observer. My first encounter with Bourdain’s work was when I read Kitchen Confidential twelve years ago. By then, I knew his name, but only vaguely. Reading that book was a revelation, not just for his exposé of the life of a professional cook, but for his narrative voice: though he matured beyond the punk aesthetic of that career-making book, he never lost his caustic, no-bullshit approach. I envied his verbal dexterity and ability to be at once pithy and eloquent. Television might have become his medium of choice, but he was first and foremost a writer of enormous talent.

His death by his own hand reminds us that no outward appearance of success or happiness necessarily reflects what is inside.

His life reminds us that there is always more to learn, and the best way to learn is from other people. Food was how Anthony Bourdain entered the world; it’s eminently appropriate that his television career took him increasingly farther away from food as his focus while it also remained the anchor of his explorations. Parts Unknown was far more about culture and history and the specifics of a given locality than about the vagaries of cuisine, but it remained the basis of his interactions with people: his interviews almost always took place over food and drink, and whether he was talking to gun-loving Trump voters in West Virginia, survivors of America’s illegal war in Cambodia, or (recently) Newfoundlanders in a Big R restaurant in St. John’s, food wasn’t just a symbol of common humanity but the literal, material thing that connects us.