Yesterday was the fiftieth anniversary of JFK’s assassination. Given that I wrote my doctoral dissertation on conspiracy theory and paranoia in postwar American literature and popular culture, it seemed appropriate that I should make some comment—I did, after all, devote a good many pages to discussing the key themes and tropes at work in various imaginative treatments of the assassination, especially Don DeLillo’s marvelous novel Libra and Oliver Stone’s less-than-marvelous film JFK (and a whole host of wackiness in between).

The more I thought about what I might write, however, the more it seemed like a futile endeavour—there is little or nothing I could say that would be enlightening about Kennedy at this point, and frankly, I think I’ve got conspiracy fatigue. Not just because I spent five years writing a three-hundred page thesis on the topic, but because of everything that has happened since. When I first conceived of the project, it was still the late 90s (1999, to be precise), a decade that, after some investigation, appeared to comprise a critical mass of conspiracism, from television and film (The X-Files, Enemy of the State, The Matrix) to rather terrifying real-world examples like Timothy McVeigh and the paramilitaries that spawned him. There were very few scholarly studies of conspiracy and paranoia when I sat down to work on my thesis; but as I struggled through it, more and more surfaced, until I began to dread scanning the lists of recently published scholarly books. I never published my thesis as a book, for several reasons: one was that I had the great good fortune to get hired at Memorial about eight months after defending my thesis, which took a lot of the pressure to get it published off; another was that I suffered from that common post-dissertation malaise, in which returning to the scene of the crime (as it were) and revising what you have just devoted (in my case) five years of your life to writing is not unlike probing the nerve of a tooth.

But there was a third factor (or a fourth, if we’re also including my congenital laziness), which was that by the time I defended in September 2004, conspiracism was at once everywhere and nowhere. Everywhere, because 9/11 had given us a brand new morass of paranoid thought (trutherism), and nowhere because the Bush administration—especially in the persons of Donald Rumsfeld and Dick Cheney—was so shameless in its prosecution of the War on Terror and the Iraq War, wearing the Patriot Act on its sleeve, that the entire concept of “conspiracy” came to seem somewhat trite. Surveillance? Of course. Torture? You bet your ass. Blatant misdirection? Well, as one unnamed Bush aide (whom we all assume to be Karl Rove) told a reporter, “We’re an empire now, and when we act, we create our own reality.” It was enough to make one nostalgic for the acknowledgement of transgression that the act of covering up covert operations like Watergate or Iran-Contra implied. The prospect of an enormous conspiracy behind JFK’s assassination is positively comforting by comparison.

I remember an important moment in the evolution of my thinking on conspiracy and paranoia: while going over a chapter in which JFK figured highly, my second reader said, “So tell me something. If someone were to produce absolute, ironclad proof about the truth of Kennedy’s assassination … would it matter?” I’m sure there have been many, many times in my life when I’ve gaped in consternation, and mercifully, I don’t remember most of them. I remember that time. Because of course, the answer is: No, in thunder. The sheer glut of details and information, much of it incongruous and conflicting, has made for a tar-pit that doesn’t just blunt Occam’s Razor but dissolves it to nothing. Don DeLillo captures this critical mass beautifully in Libra in the figure of Nicholas Branch, a CIA researcher tasked with writing the official “secret history” of the Kennedy assassination. After years of work, he has produced next to nothing: “He has extensive and overlapping notes—notes in three-foot drifts, all these years of notes. But of actual finished prose, there is precious little. It is impossible to stop assembling data.” The Warren Report itself, Branch speculates, is “the megaton novel James Joyce would have written if he’d moved to Iowa City and lived to be a hundred.” Included in its twenty-six volumes are

Baptismal records, report cards, postcards, divorce petitions, cancelled checks, daily timesheets, tax returns, property lists, postoperative x-rays, photos of knotted string, thousands of pages of testimony, of voices droning in hearing rooms in old courthouse buildings, an incredible haul of human utterance. It lies so flat on the page, hangs so still in the lazy air, lost to syntax and other arrangement, that it resembles a kind of mind-spatter, a poetry of lives muddied and dripping in language.

Perhaps I’m wrong about this, but it seems to me that the center of gravity of JFK theories has been slowly shifting toward grudging acceptance of the single-shooter theory … or perhaps I only think that because that’s where my mind has gone. Once upon a time, I assumed that the chaos of seemingly conflicting detail, with whole hosts of elements unaccounted for, pointed to a conspiracy; now, I tend to think the opposite. Now, I tend to think that everyday life is a muddle of random crap, most of which we forget when we construct the memory of a given time. If any of us had the misfortune of having a twelve-hour slice of our life, one in which only some of the details were available, pored over by thousands upon thousands of observers and analysts, all of them attempting to determine logical causation, how much of our behaviour wouldn’t add up? How many caprices of impulse, forgetfulness, irritation, weariness, euphoria, to say nothing of such caprices in the lives of all the people we interact with, would conspiratorially-minded observers have to deal with? Narrative is how we make meaning of events, but narrative involves leaving out far more than it leaves in, and when every detail becomes meaningful, everything becomes meaningless. And often the most baffling observations can be made comprehensible with the introduction of the smallest of details (you can skip to 2:56 for an alternative to the “magic bullet” theory):

I’m not naïve: I have no doubt that there will be Kennedy conspiracists until the end of time, in the same way there will be those who deny the moon landing. And there will probably always be truthers and birthers. So it goes.

But what made me sit down to write (a day late) my thoughts on the fiftieth anniversary of November 22, 1963, was the discovery yesterday of something I never knew: on the day of Kennedy’s death, C.S. Lewis died. There is something to be written about this serendipity, something about the resonance between two rather different utopian visions—Kennedy’s New Frontier versus Lewis’ pastoral Narnia, the faith in the possibilities of an American future versus the nostalgia for the romance of an English past—but the thoughts are too inchoate in my mind for me to attempt it at this moment. There is also the possibility of a new swarm of satirical conspiracy theories (is Kennedy sitting on one of the thrones at Cair Paravel? Was the White Witch behind the grassy knoll?), but again, same thing.

In an entirely other, and entirely self-absorbed fashion, however, it is weirdly appropriate that I should only discover this intersection now … given that conspiracy theory was my entre to academia, and I’m currently researching fantasy. C.S. Lewis might not be one of the authors on whom I am focusing, but he is a massive influence—both on them, and on me. My graduate seminar recently looked at The Magicians by Lev Grossman, a novel that is deeply indebted to the Narnia chronicles in a variety of ways—and one of my students did a presentation of The Lion, the Witch, and the Wardrobe apropos of that fact. (For Grossman’s fifty-year tribute to Lewis, which doesn’t mention JFK at all, go here).

I have no real point to this post, unless it is this: something to do with the increasing comfort with life’s messiness and complexity that age bestows. If there is a single point of contact with Narnia and Camelot, it is the investment in reductive mythology. Conspiracism, for all its apparent fascination with vast and myriad seas of information and data, is dedicated to the creation of narratives whose ostensible complexities are really just a smokescreen for their simplistic natures. They are just as mythological in nature as either the hagiographies of Kennedy or the stories of his criminal malfeasance. I was thinking yesterday of the film Thirteen Days, a reasonably good dramatization of the Cuban Missile Crisis—and the fact that in it, Kennedy displays none of his less palatable qualities. There are no quickies with any of his many mistresses, none of the arrogance or cruelty we now know marked many of his interactions with others … Bruce Greenwood does an excellent job of portraying the president as conflicted and beset (though as much as I like Greenwood, fine upstanding Canadian that he is, Stephen Culp’s RFK steals the film), but there is little in the way of nuance. Perhaps even more than Oliver Stone’s JFK, this film settles into the category of Kennedy hagiography. All of which made me wonder: does the sheer scope of JFK’s complexities as a man make him impossible to depict? 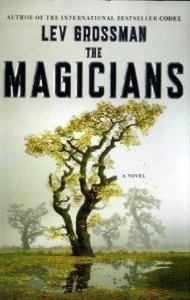 The Magicians pretty much split my grad class down the middle in terms of students’ reactions: half loved it, half hated it, and for pretty much the same reasons: that it gives us a version of Harry Potter and Narnia that introduces the elements of ordinary angst, emotional caprice, and thoughtless cruelty on the part of characters who are also protagonists. Fantasy as a genre carries the connotations of unequivocal good and evil: Aslan versus the White Witch, Gandalf versus Sauron, Harry Potter versus Voldemort, and so on. What I love about a lot of recent works by George R.R. Martin, Neil Gaiman, and Richard Morgan is that we’re leaving that simplistic mythos behind and finding a more nuanced narrative.

Now, if someone could do that with JFK …

Filed under course readings, maunderings, what I'm working on